The Royal Naval Association has over 20,000 members across 370 branches in the UK and overseas. It is a family of current and former Naval Service personnel, relatives and supporters of our country's Royal Navy.

We meet once a month, on a Sunday at: 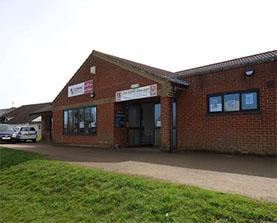 History of the Wymondham RNA

John Porter (served on battleship HMS Nelson in 2nd World War) joined the RNA at Croxton, Thetford in 1981. He was holding his daughter’s wedding reception in the village hall opposite the RNA Club and needed some cigarettes – went across hoping to get some! Joan Ladell an ex WREN ran it at that time; it was part of the old village pub which had closed down. John became interested in joining, becoming an active member until 1995 when he moved to Attleborough and joined the ex-servicemen’s club in Wymondham. An RNA club had been run previously but this had been wound up and the Standard laid up in Wymondham Abbey. John said how good the RNA was at Croxton and before he knew it he had been persuaded to contact Headquarters to start the Wymondham branch up again.

The first meeting was in late 1995, the inauguration took place in 1996 with the area Rep Doug Carter and all the founder members (see photo) .

The RNA has a good tradition of friendship and social life where you can meet friendly and interesting people with a Naval background. It became a big part of John’s life – he even found that he could claim for his partial deafness having been a torpedo man on the big guns of the Nelson!